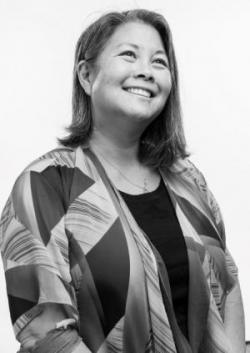 Ms Kawamura joined the department in 1998 as a full-time lecturer, and served as Associate Director of Forensics through 2007.  Her primary academic are of study is Performance Studies, in particular the rhetorical dimension of oral history. Ms Kawamura serves the campus community in many different capacities.  She is the advisor for the Nikkei Student Union club, Cal Poly faculty elected her as their Lecturer Representative to the Executive Board of the California Faculty Association (CFA), and faculty and staff elected her as the Vice-Chair to the Asian Pacific Islander Desi American Faculty and Staff Association (APIDA FSA).  On campus, Ms Kawamura is also a BEACoN Faculty Mentor and an ally and trainer for the Undocumented Student Working Group.   At the statewide level, CFA elected her as the API Caucus Co-Chair, Southern Region and as one of the lecturer representatives for CFA's statewide Board of Directors.  In 2017, Ms Kawamura was honored to be a finalist for Cal Poly’s President’s Diversity Award. Recently, Ms Kawamura has become an active member of the social justice group, Tsuru for Solidarity which fights for the rights of those being illegally incarcerated at the U.S. borders and provides healing circles for those that were incarcerated during WWII.