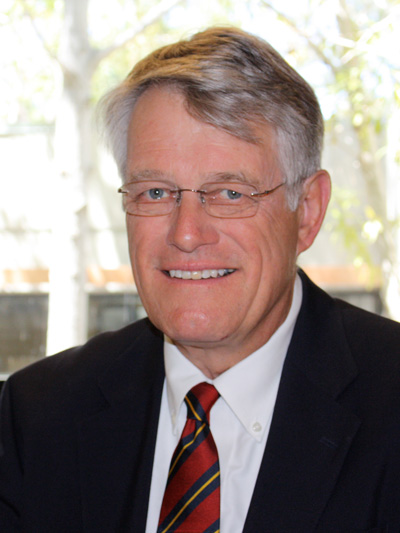 Bernard K. Duffy previously taught at Hiram College and Clemson University, where he was Professor of English before coming to Cal Poly in 1988 as department chair, a role to which he returned in 2013. He teaches classes in rhetorical theory and American public address. He has published eight books: American Orators of the Twentieth Century: Critical Studies and Sources (1987), American Orators Before 1900: Critical Studies and Sources (1987), The Politics of Rhetoric: Richard M. Weaver and the Conservative Tradition (1993), Douglas MacArthur: Warrior as Wordsmith (1997), Health Communication: Developments and Directions (1998), American Voices: An Encyclopedia of Contemporary Orators (2005), Will of a People: A Critical Anthology of Great African American Speeches (2012), and Green Voices: Defending Nature and the Environment in American Civic Discourse (2016). He also served as advisory editor of Richard Leeman's African American Orators: A Bio-Critical Sourcebook (1996). His essays appear in numerous scholarly books and journals including Philosophy and Rhetoric, Southern Communication Journal, Communication Quarterly, Communication Education, Theatre History Studies, and Journal of American Culture. He is also co-editor/advisor of 32 books on individual American orators published by Greenwood Press. His research has been supported by various grants, including two from the National Endowment for the Humanities. Dr. Duffy is a five-time recipient of the department's Teacher of the Year Award. He has received the College of Liberal Arts Award for Outstanding Scholarship and the College of Liberal Arts Richard K. Simon Award for Outstanding Teaching. In 2003 he was honored with the University Distinguished Teaching Award and, in 2013, with the University Distinguished Scholarship Award, one of only four members of the Cal Poly faculty to receive both university awards.